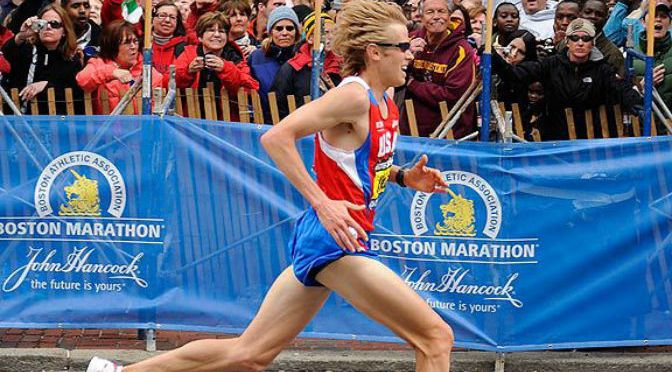 It doesn’t matter what athletic discipline you practice: running, golf, or martial arts. The more of your body that goes into whatever movement you’re doing, the better off you’ll be. And that means one thing above all others: use more muscles.

That’s why a lot of injury-prevention websites for runner’s knee focus towards working the small muscles—gluteus medius, hip adductors, foot dorsiflexors—a.k.a. all the neglected ones. By putting all of these muscles in play during athletic activity, the body not only becomes more resilient, but more powerful.

In other words, the more resilient you can make your body, the more powerful it will be.

So how can we apply this to running?

One of the main problems most runners experience is that the posterior muscles (calves, hamstrings, glutes, back extensors) become too developed, since they have the most vital functions in the running stride: the first is concentric—extending the leg and back to push against the ground. The second is eccentric—arresting the body’s forward lean so that the runner doesn’t crumple forwards. With a few exceptions, the anterior (frontal) muscles main function is to work opposite to the posterior muscles, in order to allow the runner to lift the leg forwards during the swing phase.

Given all of this, injury-prone athletes should focus on exercises that strengthen the anterior muscles:

Even though running is all about triple extension (of the hip, knee, and ankle), you need to be able to flex those joints, in order for your extension to have a greater and greater range of motion. The stronger your posterior muscles get, the more you’ll find yourself “staving off” muscle pain by stretching. The ultimate answer is to strengthen the anterior muscles, so that they can interact properly with the posterior muscles.

For a sport like running, you can count on the posterior muscles to take care of themselves. It’s the anterior muscles (and obliques) that you have to worry about. I love this quote by The Gait Guys, which captures all of this in one simple thought:

One thought on “A few ideas for generalized injury-prevention for runners.”