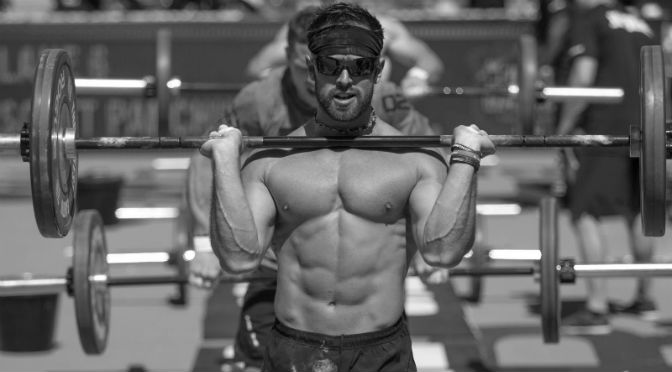 CrossFit, in name and on paper, is an excellent form of exercise. CrossFitters achieve fitness through emphasizing the mobility and functionality of the body across many varieties of athletic skill. In my opinion, the most physiologically sound version of a human body is one in which its strengths and abilities are expressed alongside a capacity for sustained, safe, and healthy endurance running. CrossFit doesn’t emphasize the development of the “aerobic engine” necessary for that kind of endurance running. That may be my one complaint against the sport. That aside, CrossFit is as good as it gets.

As a runner, I live with the hopes of becoming fast, regardless of who’s next to me, or where I go in the world. Because of that dream, the training philosophy of CrossFit—and many of its exercises—have become a staple of my training. My simplest interpretation of the CrossFit philosophy is that a single-event athlete will be better at their best event if they are a multiple-event athlete. In other words, ability has to be cultivated across a breadth and depth of skills, for “fitness” to emerge. As the website says:

“By employing a constantly-varied approach to training, these functional movements at maximum intensity (relative to the physical and psychological tolerances of the participant), lead to dramatic gains in fitness.”

It’s there in the name: CrossFit.

Ever since hearing of CrossFit, I do more and more classic weight exercises such as the barbell squat—and have consistently made gains in speed, power, and endurance over “purer” runners. I’ve incorporated jumping rope as the ultimate plyometric and cognitive exercise: the amount of repetitions that you can put out during a jump-rope session do wonders in honing your body’s ability to exert force against the ground, and receive it safely.

CrossFit’s definition of “fitness” is the most useful I’ve ever heard of—or that CrossFit is aware of, too; it says it right there on the website. “Fitness” is defined as:

“Increased work capacity across broad time and modal domains. Capacity is the ability to do real work, which is measurable using the basic terms of physics (force, distance and time). Life is unpredictable (much more so than sport) so real world fitness must be broad and not specialized, both in terms of duration and type of effort (time and modal domains).”

This is a great definition. I can’t visualize a world where CrossFit practitioners would be anything but the supreme examples of health, if that philosophy (and this definition of fitness) were followed to the letter, and taken to their logical extreme. I’ll begin by breaking down their philosophy—(I’ll do the definition of “fitness” in a bit)—so you can see why:

Employing a constantly-varied approach to training. Taken broadly enough, this means that the concept of “training” can easily be expanded to encompass activities that aren’t typically known as “exercise.” Nutrition, for example. Developing the functional components of nutrition would be a boon to the athlete’s net power output. Seeking spiritual, social, and emotional health for their purely functional benefits, is perfectly encompassed under this philosophy.

I think back to Chris McDougall’s book, Born to Run, in which he quoted the kinds of advice that legendary track & field coach Joe Vigil would tell his athletes: “Do something nice for someone.”This is a varied  approach to training. And a coach like Vigil would only incorporate it because it helped take his athletes to another level of athletic achievement. (These kinds of “unorthodox” approaches are common across the 1% of the elite: Bruce Lee trained “breaking habits,” and when that became a habit, he would break that one too).

Let’s analyze the phrase “movements at maximum intensity, relative to the physical and psychological tolerances of the participant.” This phrase implies a systemic understanding, in which the athlete is not perceived to be a machine, but a person with a unique reality, a unique set of circumstances, that can influence their athletic output at any given time. This is a call to empathy for of the trainers, and a call to self knowledge for the athletes.

Let’s move on to the definition of fitness: “Increased work capacity across broad time and modal domain.” On the surface, this means that the athlete should have speed, power, and endurance.

But let’s look at the definition a little bit more deeply. Especially in conjunction with the phrase “relative to physical and phsychological tolerances,” I could easily argue that one such “broad time domain” is a lifetime. In other words, embedded within the very definition of “fitness,” as put forth by CrossFit, is the argument that health entails fitness: there must be health if the athlete will be “fit.” Under that definition, losing “fitness” because of a lack of health means that what seemed like fitness wasn’t fitness, but was instead a façade—a social performance of fitness that broke down under the assault of time.

Only in view of that impressive philosophy can this next part be so damn ironic. I recently read a New York Times article critiquing the obsession of Westerners with physical fitness. The article quoted extensively from an interview with Greg Glassman, CrossFit’s founder. The NYT article’s critique of the fitness craze centers around Glassman’s 2005 admission that CrossFit had become a breeding ground for an exercise-induced condition called rhabdomyolysis, which can lead to kidney failure. According to the New York Times article, Glassman viewed the rampant “exertional rhabdo” problem as part of CrossFit’s “dominance over traditional training protocols.”

This is absurd—and not only in reference to a “reasonable person’s” idea of fitness.

The idea that a dangerous kidney condition is a marker of fitness goes against CrossFit’s stated definition of fitness—the potential for increased work capacity across broad time and modal domains. Furthermore, persevering through exercise despite the onset of rhabdomyolysis is a serious breach of the idea that intensity should be measured relatively to the physical and psychological tolerances of the participant.

According to the NYT article, Glassman also wrote: “Until others join CrossFit athletes in preparing…the exertional rhabdo problem will be ours to shoulder alone.”

You just can’t make this stuff up.

Glassman’s writing reminds me of something I read in a book called The China Study, about the physiological effects of eating animal protein (specifically, of its contributions to cancer and heart disease). In that book, the authors quoted a physician saying that heart disease was the burden of man, and that only “the effeminate” would pursue other, healthier, avenues of eating to escape it.

In these two examples, these “experts” on health have structured their identity around the ill effects of their chosen activities! When the marker of being “a man” is heart disease, it becomes impossible for anyone subordinated to those social circumstances to seek a healthy lifestyle.

Similarly, if it is the presence of exertional rhabdo that makes CrossFit so “superior”—at least in the eyes of its founder—then the presence of rhabdo in the athlete quite naturally becomes the high watermark of achievement. In direct opposition to the stated philosophy and mission of his fitness empire, Glassman has set up a dangerous situation for his followers: if they haven’t suffered the ill effects of exercise, that means they haven’t been training hard enough!

The problem here isn’t CrossFit. It is the discrepancy between what CrossFit proposes on paper and what its founder touts as the “CrossFit identity.” This should serve as yet another reminder of the fact taht there is often an abyss between what a particular training regimen does for us, and what it is supposed to do. Often, the problem isn’t in how we follow it, but in how we don’t—or more specifically, how we overshoot.

If the reasons for which we overshoot are based on a set of social beliefs that we have created around us—that have long since been divorced of any knowledge of the world (or were never based on that knowledge in the first place)—we are treading dangerous waters. Often, we can’t even see them. Not when it counts. We might be able to laugh at those ironies over a couple of beers, but once in the gym, they will consume us and guide our efforts. If we have taken an identity upon ourselves, all of our exertions will be in service of that identity.

And if that identity centers around illness or overtraining, it doesn’t matter what athleticism we have cultivated as a short-term side-effect of our exertions. We will lose it.

We live and train in social systems. Often, those systems do no favors to the physical, psychological and biological systems on which our athletic output is predicated. Our identity—which is based largely on the demands of that social system—will shape our choice of exercises, the intensity, duration, and frequency with which we do them, and the efficiency of our rest and recovery. What’s on paper never reflects the reality of the situation. The social system, via our identity, informs the effectiveness of our athletic development.

Let’s make sure that social system, and that identity (or lack thereof), is the right one.

UPDATE: For an answer to the NYT article critiquing “extreme fitness,” see this Outside Magazine article. I’d love to hear your thoughts and answers to any of these articles, and this blog post, in the comments.